Find this article at:
go.ncsu.edu/readext?590617
— Written By Ben Bergmann and last updated by Brandon Hopper 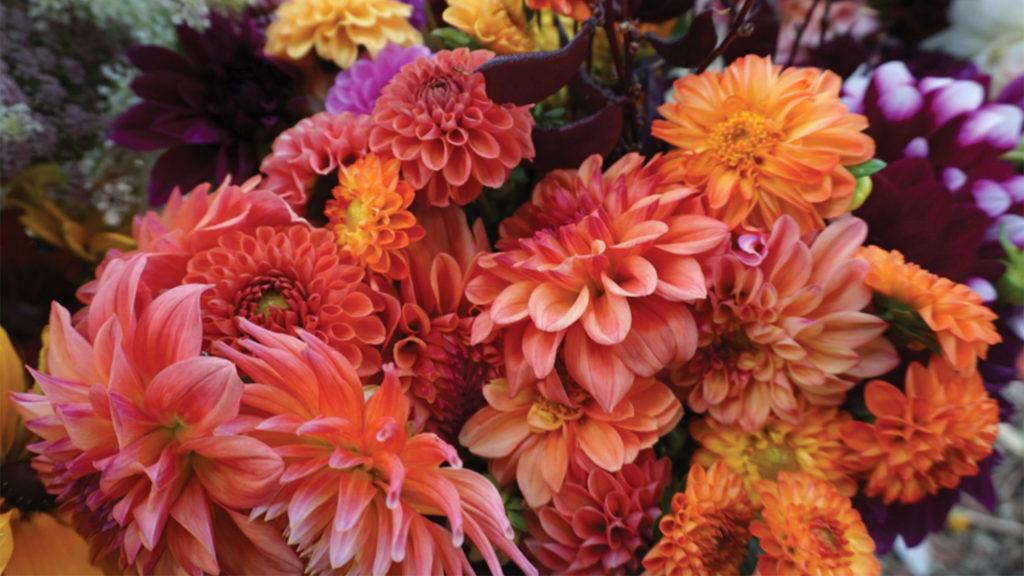 Cut dahlias are perennially popular with growers and consumers because of their stunning beauty, and amazingly diverse colors, shapes, and sizes. Unfortunately, they also typically have a short vase life. We wondered if treating cut dahlias with plant growth regulators (PGRs) would increase vase life as with other flowers treated with cytokinin (iris, petunia, and wintersweet) or gibberellic acid (daffodil, lantern lily, and rose). We pulsed dahlia stems with benzyladenine (BA, a cytokinin), gibberellic acid (GA4+7), or both at the same time before observing flower quality and vase life.

Several PGR pulse treatments improved flower quality after 4 days in vase and extended vase life for both dry- and wet-handled flowers compared to tap water (Table 1). The combination of 20 ppm each of BA and GA resulted in the same or better flower quality after 4 days and the same or longer vase life than either PGR used alone at 20 ppm. The maximum benefit of the combined PGRs was achieved at a lower concentration for dry-handled flowers than for wet-handled flowers, perhaps because they took up more solution during the pulse treatment. Flowers pulsed with 2 ml/liter Chrysal BVB did not perform as well as the better BA/GA combinations.

Published by: The Cut Flowers Quarterly, Vol 31, No 1